We wanted to update our donors, supporters and friends, on how our LE.O Community has been managing in these uncertain times. We think it is crucial to take this opportunity to reflect on the fact that while everyone is at risk at times of global crises, the most vulnerable communities in society have been the most vulnerable during the outbreak of COVID 19. At LE.O, we try to always be mindful of the unique ways in which international students, specifically Palestinian students, are affected by the crisis. Understanding the intersection of the complex factors that increase the vulnerability of international students teaches us many lessons about the best intervention approaches and also shows how truly valuable and essential the support we offer our scholars is, especially during times of crisis.

The schools in the U.S. and Canada have been requesting that their student population return home for an indefinite period of time and that classes continue On-Line. In support of our students, LE.O wrote letters to schools requesting that our students be offered special consideration to stay on campus, as returning home was not going to be possible. The schools have been tremendously supportive; they are taking special care to provide continued housing and food for the students. In many cases, this has meant that the students must pack up all their belongings and move to designated dorms for the foreseeable future.

I would like to use this opportunity to thank our Board members and Host Families for stepping in to provide extra logistical and moral support as well as strategic planning to ensure the safety and wellbeing of our scholars.

Some of the students are currently on spring break on campus, while others have already begun the transition from face-to-face instruction to virtual classes for the remainder of the semester. Our students studying in Egypt, Gaza, and the West Bank are also doing well. With LE.O. 's advice and coaching they were able to take the needed measures during this crisis such as stocking up on supplies and food and staying in touch with the LE.O. community for moral support. We have a private Facebook group through which we can all communicate on a daily basis. 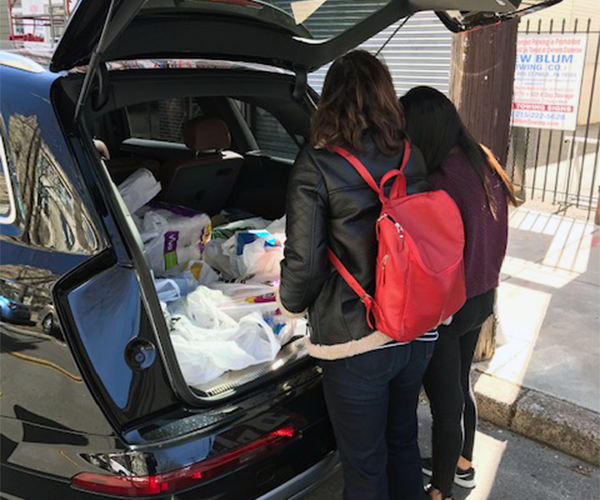 Deya' delivering food supplies to Sadeel who lives off Campus in Philadelphia. 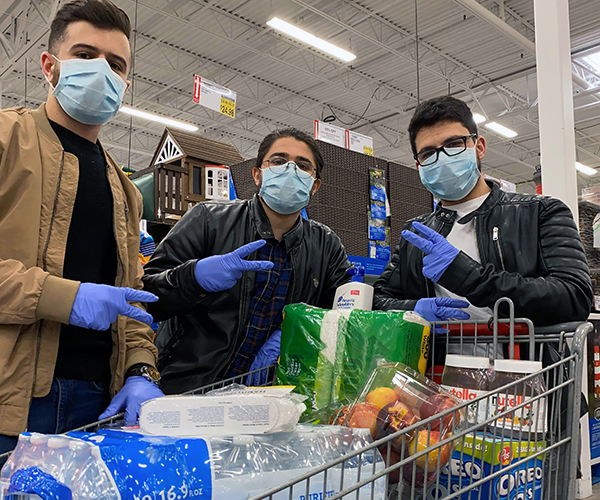 Students in Rochester stocking up.

We were faced with a few stranded students, which really teaches a lesson on how this crisis has impacted Palestinian students studying abroad in a unique way. The most challenging case was that of Abdullah’s, who is a young Gazan.

He approached LE.O after graduating from an international high school scholarship program requesting to join our community for moral support and guidance as he navigated his gap year through an American global leadership program. Like many organizations around the world his program decided that the best response to the crisis was to evacuate all of the student participants and send them to their home countries. Unfortunately, they were not at all prepared for the complex impact of such a measure on a student from Gaza who wouldn’t be able to simply return home due to closed borders and insufficient time to apply for permits or visas to go to a neighboring country. In a blink of an eye, Abdullah found himself stranded with neither sufficient funds nor a clear plan as he was preparing to travel into the unknown. He was not even sure whether Jordan, his only hope, would grant him entrance given the careful precautions countries around the world are taking. 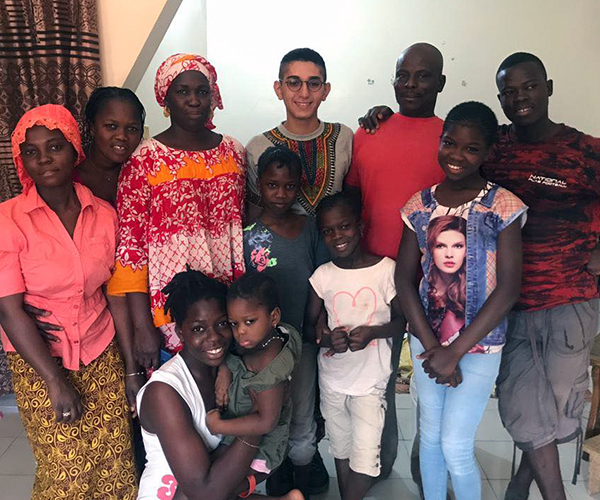 Abdallah with host family in Senegal. 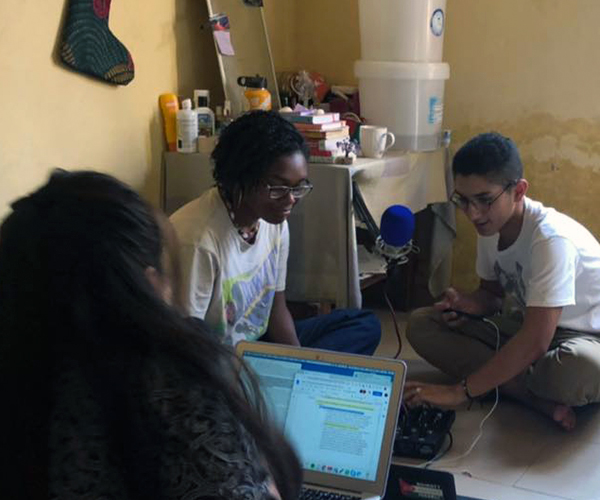 LE.O stepped in and ensured that this young man had all the documentation and proof that we knew would be required by immigration officers upon arrival to Jordan ready. LE.O was by his side 24/7 to coach him every step of the way and offer moral support.

Once Abdullah finally arrived in Jordan after two days of travel and 24 hours before the Jordanians shut their borders, he was initially told he could pick up his passport at the Israeli border (already closed). Had he been deported directly to Israel, there would have been no way he would be able to cross the Israeli border to enter Gaza because he did not have a travel permit and Israel was following lockdown procedures. You can imagine the fear and anxiety he experienced as he felt as though he was stuck in limbo.

After providing them with documentation of his complex story, including an acceptance letter to a college in the U.S. for Fall 2020, a visa appointment with the U.S. Embassy in Amman in April, and proof of his enrollment in a gap year program that was cut short in an abrupt manner leaving him stranded, immigration officers became quite helpful. They asked him to write a bio about his experience outside of Gaza and his future goals, and they were very impressed and sympathetic to his journey, especially when they understood that his hope was to finish his gap year and return to Gaza to visit his family from whom he was apart since he was 15.

By our side throughout the process of figuring out Abdallah’s challenges was our partner in Amman, The Toledo Hotel, and its owner Mr. Hakam Barakat, who has shown us extraordinary kindness and generosity. The Toledo Hotel family were well-prepared for Abdullah’s arrival and had a place for him before we even learned about the Jordanian government’s quarantine protocols for people entering the country.

Abdullah is all set for now. He is being very well-cared for by the Jordanian government and for the next two weeks is sequestered in a lovely hotel in Amman. He reports that he is well-fed and has been taking the time to rest and relax and catch up with his family and friends in Gaza. He is currently writing a diary about his experience and sending us videos of his daily activities.

At a difficult time like this, we think that the most productive thing to do is to reflect on the things that make our LE.O Community members extraordinary. We continue to witness their strong teamwork ethos, thoughtful empathy for their American cohorts who are experiencing extreme stress for the first time, and an inspiring sense of responsibility towards one another.

On behalf of all of us at LE.O, we wish to convey to you and your families our warmest regards. We wish everyone good health and high spirits, and we look forward to a brighter future for all.